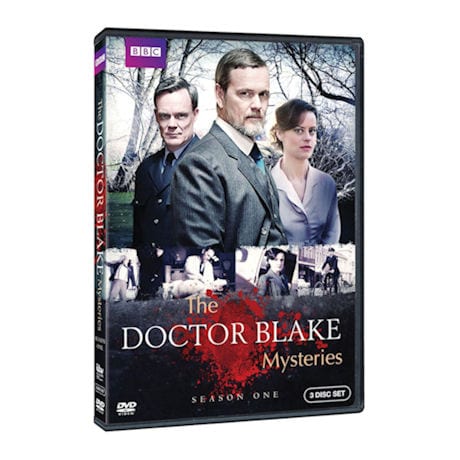 Medical cases turn to murder cases in this hit Australian series starring Craig McLachlan as Dr. Lucian Blake, a quiet, thoughtful man with a painful past. Haunted by searing memories of World War II, and by the heartbreaking loss of his secret Chinese wife and daughter, Dr. Blake returns to his Australian hometown in 1959 to continue his late father's practice and serve as the town's chief medical officer.

Episodes
Episode 1: Still Waters
A body found in the lake turns out to be a girl from the local reform school.

Episode 2: The Greater Good
When a member of staff is found dead at the hospital, Lawson suspects Ron Jackson.

Episode 3: Death of a Travelling Salesman
A driver involved in a fatal car crash is found to have been killed by a venomous snake.

Episode 5: Hearts and Flowers
Doctor Lucien Blake finds himself on the judging panel for the Begonia Festival.

Episode 6: If the Shoe Fits
Doctor Blake is called to Patrick Tyneman's shoe factory where a migrant worker has died.

Episode 7: Bedlam
A psychiatric nurse is found murdered in a bathroom at the asylum.

Episode 9: All That Glitters
A gold prospector is found dead down his mineshaft.