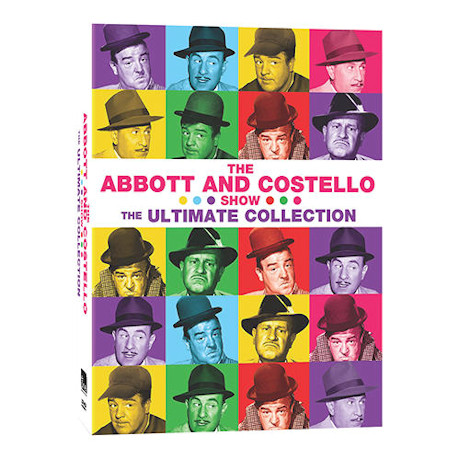 Who’s on first? During the 1940s and early ’50s, William “Bud” Abbott and Lou Costello were the most popular comedy team in America. Although their TV sitcom lasted only two seasons (1952–54), both Time and Entertainment Weekly named it one of the Top 100 TV Shows of All Time. Playing unemployed actors living in Sid Fields’ boarding house, the two indulge in slapstick puns, and classic routines. Set includes all 52 episodes. 22 hrs, 9 DVDs, B&W.