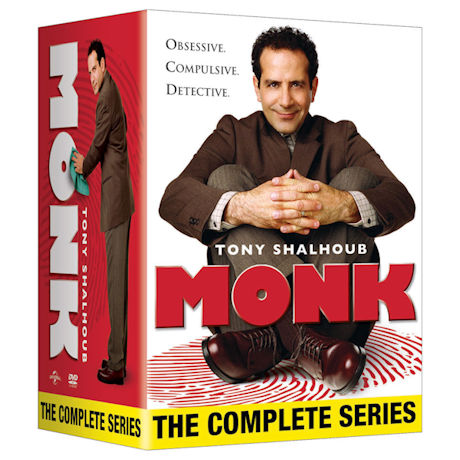 He's obsessive, he's compulsive, he's "TV's most original sleuth ever" (Los Angeles Times). Tony Shalhoub won a Golden Globe and three Outstanding Lead Actor Emmys® for his portrayal of detective Adrian Monk, who developed OCD after the unsolved murder of his wife. When his condition costs him his job with the San Francisco Police Department, he keeps solving crimes with help from his former boss, Captain Leland Stottlemeyer (Ted Levine), and his assistant. 125 episodes, 88 hrs, 32 DVDs.

Episodes
All 125 episodes from all 8 seasons are included in this collection.
DVD Extras