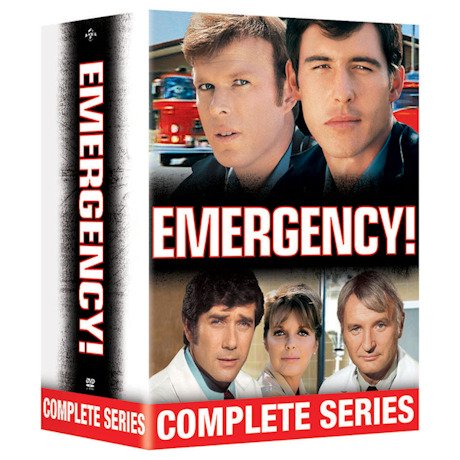 Medical drama met action-adventure in this exciting series set in Los Angeles in the 1970s, soon after real-life legislation created the first paramedic units. Featuring an ensemble cast led by Kevin Tighe and Randolph Mantooth as specially trained firefighters Roy DeSoto and John Gage, it followed the members of Squad 51 as they answered desperate calls and worked with the medical staff of fictional Rampart General Hospital to save lives. Set includes all 7 seasons and the 6 made-for-TV films. 129 episodes, 110 ¾ hrs, 32 DVDs.