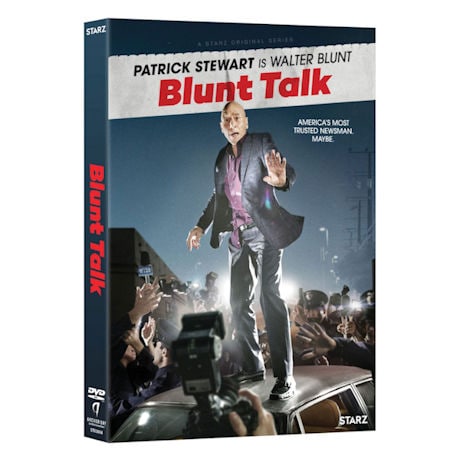 Sir Patrick Stewart (X-Men, Star Trek: The Next Generation) returns to the small screen as Walter Blunt, a bombastic British newscaster bent on conquering American cable news. Moving to Los Angeles, he deals with network bosses, a dysfunctional staff, ex-wives, and children of all ages. The only person he can count on is the heavy-drinking manservant (Adrian Scarborough) he brought along from the UK. A fresh new sitcom seen on Starz. 10 episodes, 5 hrs, 2 DVDs.