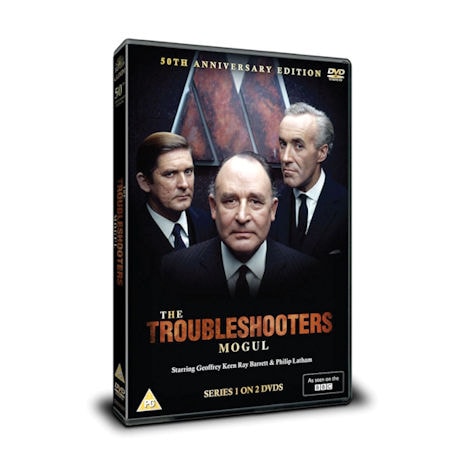 Go inside the fictional British company Mogul Oil, from boardroom battles to frontline dangers, in this 1960s BBC drama seen in more than 60 countries. Ray Barrett is globetrotting Peter Thornton, Mogul's chief "troubleshooter." When company secrecy is compromised or a Mogul representative is killed in the desert, it's up to Thornton to save the day. Geoffrey Keen (Doctor Zhivago) is director of operations Brian Stead. Set includes all that survives of the pioneering first season. 13 episodes, 5 hrs, 2 DVDs.

KELLY'S EYE: Company secrecy is compromised when news of a Mogul oil strike in the North Sea is leaked to the Press. Director of Operations wants the culprit sacked and knows that only Head of the North Sea Operations is tough enough to investig