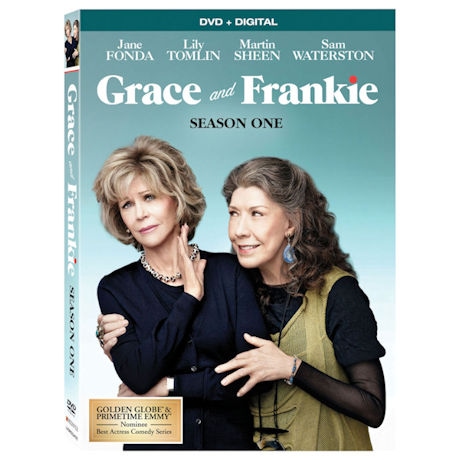 Grace (Jane Fonda), a retired cosmetics mogul, and Frankie (Lily Tomlin), a hippie art teacher, are longtime adversaries. When their husbands, Robert (Martin Sheen) and Sol (Sam Waterston), fall in love with each other, the two women must learn to get along as they navigate the next chapter of their lives. This comedy-drama series is hilarious, poignant, and touching, and it's impossible not to develop real affection for the characters. A third season is on the way. 13 episodes, 6 ¼ hrs, 3 DVDs.