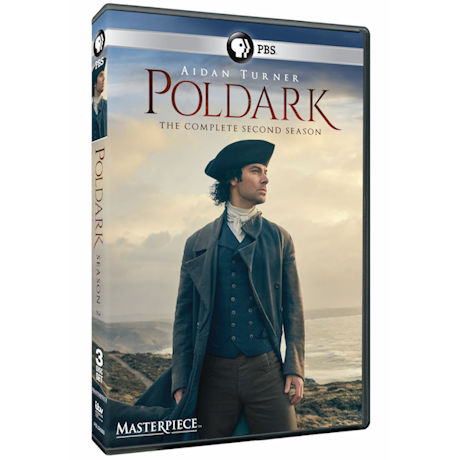 Ross Poldark rides again in the smash hit series based on William Graham's sweeping 18th-century novels. Aidan Turner (The Hobbit) stars as the redcoat captain who returns to Cornwall after the American Revolution to find his father dead, his inheritance in ruins, and his fiancée engaged to another man. In Season 2, Poldark, now wed to Demelza (Eleanor Tomlinson, Death Comes to Pemberley), must fight for his freedom when George Warleggan (Jack Farthing) tries to have him hanged. Seen on Masterpiece. 10 episodes, 10 hrs, 3 DVDs or Blu-ray discs, SDH. Mature audiences.