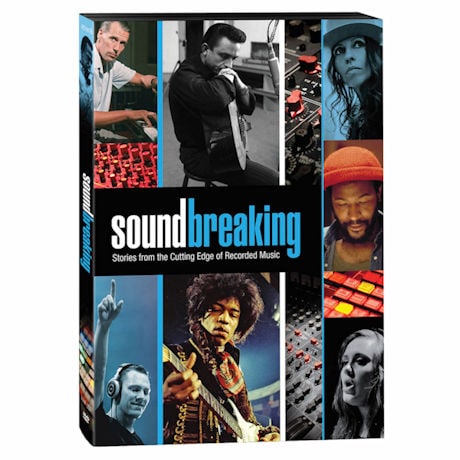 The last project legendary producer George Martin (the "Fifth Beatle") worked on before his death, this 8-part documentary series is a backstage pass to some of the most groundbreaking moments in recorded music history. With hundreds of interviews (with Paul McCartney, Quincy Jones, Joni Mitchell, Willie Nelson, B.B. King, Adele and many more) and rare archival footage, it's "a behind-the-scenes look at the birth of brand-new sounds" (Pitchfork). Seen on PBS. 8 episodes, 3 DVDs or Blu-ray discs, SDH.

"Instead of taking a great photograph, we could start painting a picture. By overdubbing, by different speeds, you are painting with sound." - and George Martin