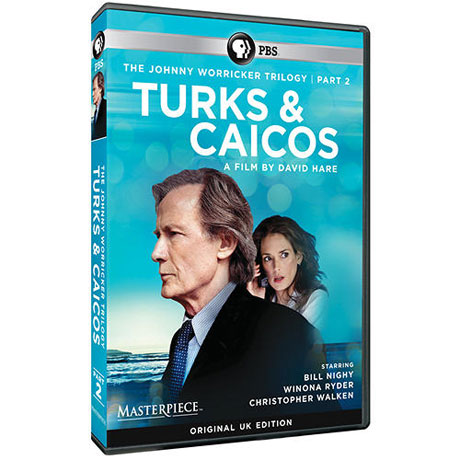 Johnny Worricker (Bill Nighy) is hiding out from his work at MI5 on the tax-exile island paradise Turks & Caicos. Trouble comes knocking when an encounter with a CIA agent (Christopher Walken) forces him into the company of some dubious American businessmen. Claiming to be on the islands for a conference on the global financial crisis, Worricker soon learns their shady activities extend far beyond the business of luxury hotels.

When one of them turns up dead, it's their financial PR (Winona Ryder) who seems to know more than she's letting on. But will she help Worricker come to an understanding of what these men do and why they're here? Worricker tries to persuade a former girlfriend (Helena Bonham Carter) to betray her boss in London in order to gain more information. As evidence linking the men to Prime Minister Alec Beasley (Ralph Fiennes) comes to light, Worricker must act quickly if he is to survive. 120 minutes, 1 DVD or Blu-ray disc, SDH.