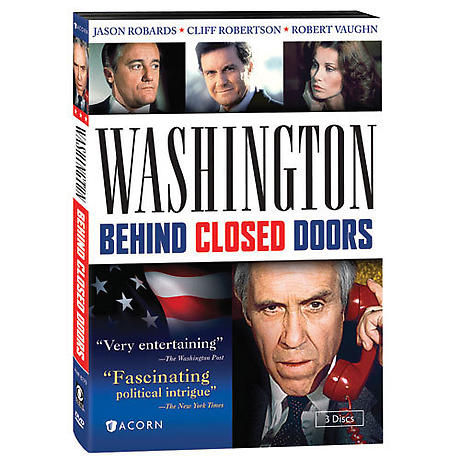 Based on John Ehrlichman's post-Watergate novel The Company, set against the backdrop of a war in Southeast Asia, this award-winning miniseries tells the story of a paranoid president (Jason Robards, All the President's Men), an administration under siege, and a reckless group of White House aides desperate to hold on to power. With Cliff Robertson, Stefanie Powers, Robert Vaughn, Andy Griffith, and John Houseman. 6 episodes, 9 hrs, 3 DVDs, SDH. Mature audiences.