The Mystery of Lord Lucan DVD 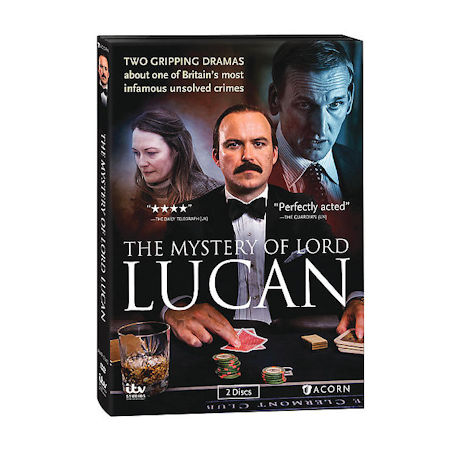 The Mystery of Lord Lucan DVD

In 1974, John Bingham, the 7th Earl of Lucan, vanished without a trace after allegedly murdering his children's nanny and attacking his wife. Two programs explore one of Britain's most notorious unsolved crimes. Through flashbacks, Lucan dramatizes his life, aristocratic circle, and disappearance. The Trial of Lord Lucan examines the evidence, clues, and motive in a courtroom dramatization based on research and forensic detail. With Rory Kinnear (Skyfall), Catherine McCormack (Braveheart), and Michael Gambon (Harry Potter). Approx. 214 minutes, 2 DVDs, SDH.