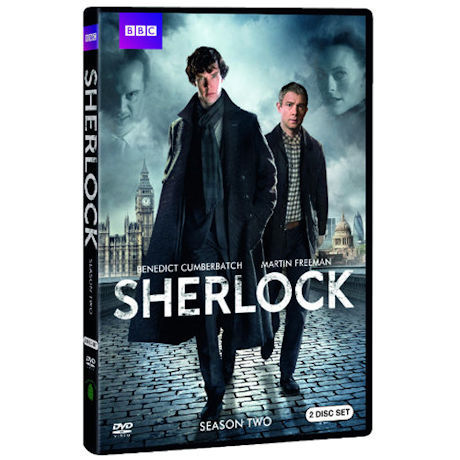 Nominated for 4 primetime Emmys, Sherlock is back with Benedict Cumberbatch as Holmes and Martin Freeman as Watson in three new stories. In A Scandal in Belgravia, Sherlock gets embroiled in the complex plans of the dangerous and desirable Irene Adler, and finds himself employing every one of his remarkable skills to survive as the unlikely duo square off in a battle of wits...and perhaps emotions? The Hounds of Baskerville whisks the increasingly popular detective and Watson to the wilds of Dartmoor, and face to face with the supernatural lurking in the eerie landscape. Meanwhile, Moriarty is still out there in the shadows, and is determined to bring Sherlock down- at whatever the cost-in The Reichenbach Fall. 3 episodes, 4½ hours, 2 DVD or Blu-ray discs, SDH.