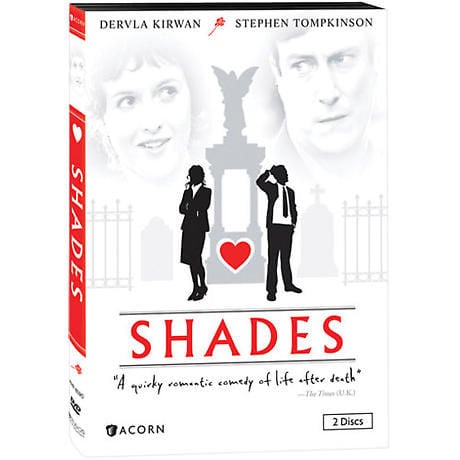 Maeve and Mark meet in London under unusual circumstances: both are recently deceased. Maeve was killed by a hit-and-run driver; Mark died during routine surgery. Thrown together in a weird and wonderful afterlife, they discover that even when you're dead, you can make things right. Seen on public television, this poignant drama stars Dervla Kirwan (Ballykissangel) and Stephen Tompkinson (Wild at Heart). 6 episodes, 5 hrs, 2 DVDs, SDH.

Episodes
Disc 1
Episode One
When Maeve and Mark meet on a London street, they soon realize they have something in common: they're both dead. At least they have each other as they cope with the shock of their demises and discover the odd realities
Details

"A quirky romantic comedy of life after death" --The Times (UK)