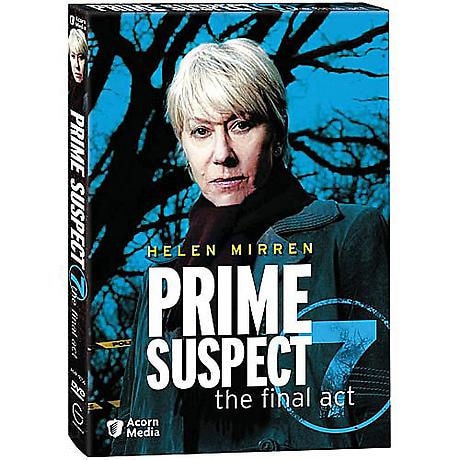 Oscar® winner Helen Mirren is Detective Jane Tennison, "perhaps the greatest role and performance of a female police detective, ever" (San Francisco Chronicle), in the Emmy®-winning crime series seen on PBS. In the final series, Detective Superintendent Tennison is pushing 60 and facing the death of her father. Alcohol, loneliness, and the job have taken their toll, but she is determined to end her exemplary career by solving one more case: the brutal murder of schoolgirl Sallie Sturdy. Weeks away from retirement and struggling to stay afloat, Tennison forms an emotional bond with Sallie's closest friend, Penny Philips, and unwittingly puts the teenager's life in danger. "A poignant and brilliant conclusion"—Boston Globe. 2 episodes, about 3 hrs, 2 DVDs, SDH. Mature audiences.

"A-, Mirren delivers another nuanced performance as the female detective who is at once strong but lonely, capable but flawed."--B