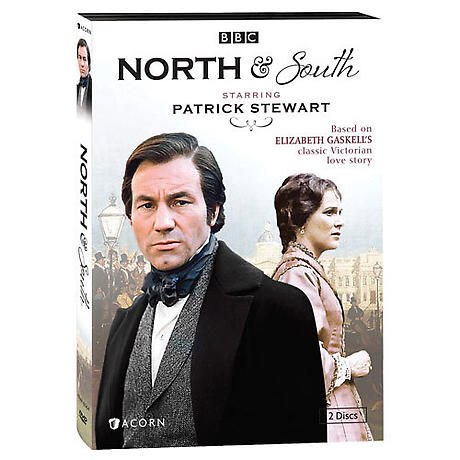 Patrick Stewart (X-Men, Star Trek: The Next Generation) stars in this classic BBC period drama based on the novel by Elizabeth Gaskell (Cranford). Margaret Hale (Rosalind Shanks) moves with her parents to a manufacturing city in England's north. She hates the smoke, the soot, and especially the mill owner, John Thornton (Stewart). Set in Victorian times, this slow-burning romance is also a clear-eyed view of the Industrial Revolution. 4 episodes, 3¾ hrs, 2 DVDs, SDH.

Episodes
Disc 1
Part One
When 19-year-old Margaret Hale returns to her childhood home in the country after a decade as a lady's companion, she intends to relish life away from London and think for herself. But after a crisis of conscience, her
Details
Packaging: Boxed set
Run Time: 207 minutes
Format: Full screen
Number of Discs: 2
Language: English
Subtitles: No
Color or B&W: Color
CC: No
SDH: Yes
Region Code: