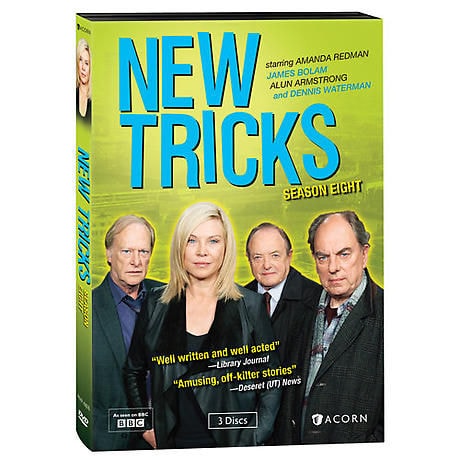 Britain's highest-rated TV drama sizzles with wit, camaraderie, and chemistry among its stars. Season Eight takes them from a museum to a zoo and from a biker gang to witness protection in search of killers who thought they were in the clear. Along the way, Gerry signs up for a French cooking class, Sandra copes with a handsome ex, and everyone frets about budget cuts. Guest stars include Peter Davison (Doctor Who, The Last Detective), Keith Allen (Robin Hood), and Sheila Hancock (The Boy in the Striped Pajamas). 10 episodes, 3 DVDs, approx. 580 minutes, SDH.