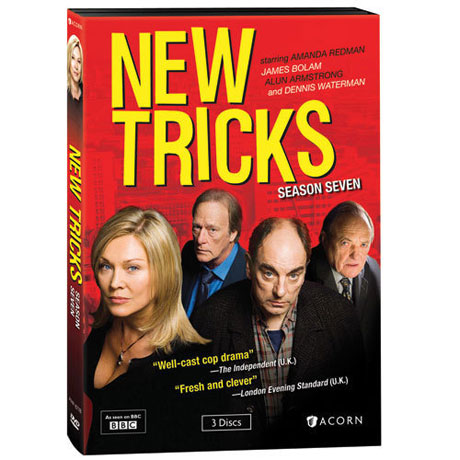 In this wildly popular crime series, aging cops and traditional sleuthing trump high-tech gadgets and modern criminology. James Bolam (The Beiderbecke Affair), Alun Armstrong (Garrow's Law), and Dennis Waterman (The Sweeney) star as three detectives pulled out of retirement to unravel cases that stumped the Metropolitan Police. Their beautiful boss, Detective Superintendent Sandra Pullman (Amanda Redman, Sexy Beast), keeps them on track and mostly out of trouble as they follow their hunches and bend the rules.

Strong writing, ample humor, and a splendid cast have made this one of the most-watched shows on British television. This time around, the team has its hands full with unsolved murders, an 18-year-old abduction, and a 30-year-old robbery that threatens the team's very existence. Guest stars include Rupert Graves (Death at a Funeral), Paul Rhys (Chaplin), Samantha Bond (Downton Abbey), and Sian Phillips (I, Claudius). 10 episodes, 3 DVDs, approx. 582 minutes, SDH.