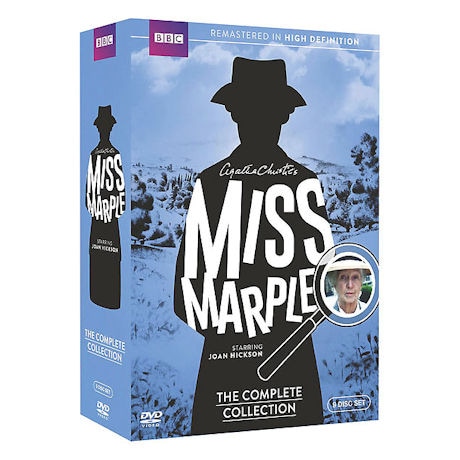 In 1946, Agatha Christie sent Joan Hickson a note that read, "I hope one day you will play my dear Miss Marple." Years later, Hickson did, taking on the role of the spinster sleuth at age 78. Many fans consider her the definitive Marple. Collection includes all 12 episodes starring Hickson, all filmed in the mid-1980s, seen onMystery!, restored and remastered in HD. 22¾ hrs, 9 DVDs.

CableACE Award Nomination for Actress in a Movie or Miniseries (1995)