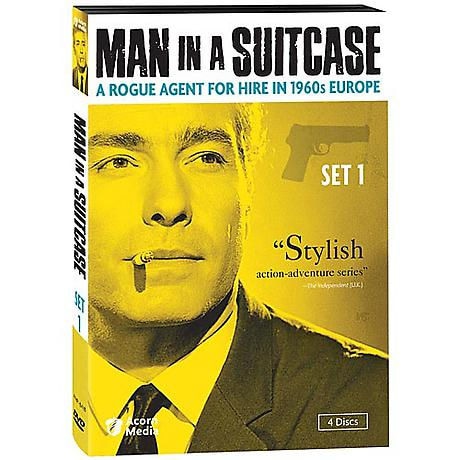 "Mac" McGill (Richard Bradford, The Untouchables) is an ex-spy with a murky past and an uncertain future. Wrongfully dismissed by his bosses in U.S. intelligence, he decides to freelance as a private detective based out of London. McGill's work takes him far and wide, yet seemingly always on a collision course with the British authorities, the Soviets, and his old colleagues in American espionage. Beset by enemies on all sides, he strives to clear his name and restore his reputation. But until he does, he remains on the run, taking jobs in the dark and dangerous corners of European society. 15 episodes on 4 DVDs, approx. 728 minutes.

Episodes
Disc 1
Episode 1: Brainwash
A deposed African president is convinced that an Anglo-American plot drove him into exile. Furthermore, he believes McGill had a hand in the coup--and that the former agent can help restore him to power.
DVD Extras Details
Packaging: Boxed set
Run Time: 728 minutes
Format: Full screen
Number of discs: 4
Language: English
Subtitles: No
Color or B&W: Color
CC: No
SDH: No