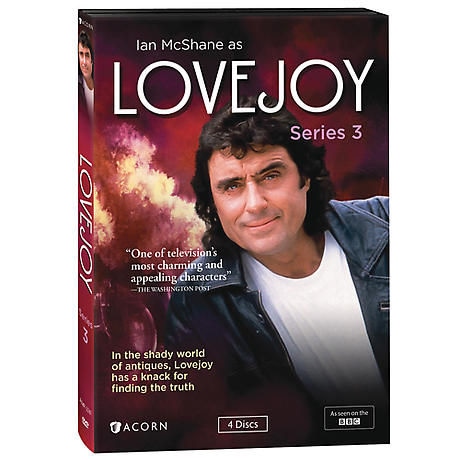 In season three, Lovejoy's personal and professional worlds collide like never before. Hoping to achieve solid financial footing at last, he trusts Eric (Chris Jury, The Big Game) with legitimizing their business, a leap of faith that involves a risky motorbike-selling scheme and an ER visit. Meanwhile, the normally astute appraiser has a difficult time focusing on forged paintings when his wandering eye lands on a mysterious and alluring widow (Joanna Lumley, Absolutely Fabulous). But the greatest romance of Lovejoy's life has always been with Lady Jane Felsham (Phyllis Logan, Downton Abbey)-if only she, too, could see it that way. 13 episodes on 4 DVDs, approx. 693 minutes, SDH.

"The James Bond of antiques dealers" --The