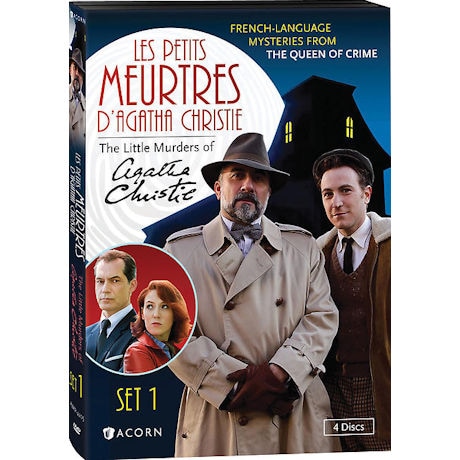 To put a new twist on classic Christie tales, film them in French. Set in the 1930s and 1950s, seen on French television from 2008-12, the series stars Antoine Dulery as master detective Larosiere and Samuel Labarthe as ultra-suave Commissioner Laurence. Set includes 7 sexy, witty mysteries based on The ABC Murders, Peril at End House, They Do It with Mirrors, and other Christie classics. 11 hrs, 4 DVDs. In French with English subtitles. Mature audiences.