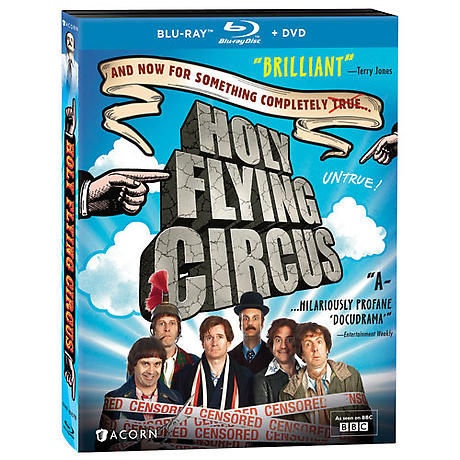 When Monty Python's Life of Brian was released in 1979, it caused a storm of controversy that led to a bizarre TV debate: Michael Palin and John Cleese vs. a Church of England bishop and a Catholic broadcaster. Made for the BBC, this 2011 Pythonesque dramatization stars Darren Boyd (Little Dorrit), Charles Edwards (The Shell Seekers), Tom Fisher (The Illusionist), and Stephen Fry (Jeeves and Wooster) in "a Sgt. Pepper's-like mash-up of animation, surrealism, fourth-wall breaking, and drag"--Times (UK). 99 min, 1 DVD and 1 Blu-ray, SDH. Mature audiences.