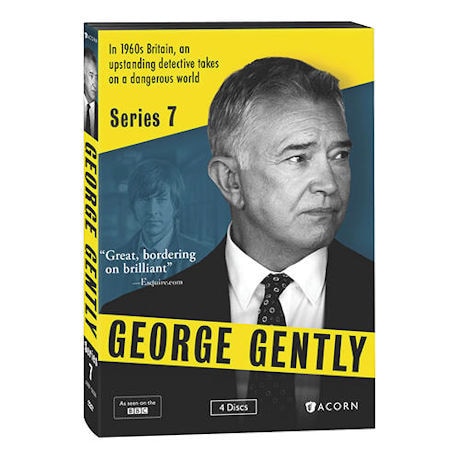 No Reviews Write the First Review
Item #: XA1742
Risking animosity from his colleagues, Gently (Martin Shaw) decides his force is doing a poor job on rape cases. A young doctor's death looks like suicide, but Gently suspects murder. Gently and Bacchus dig into the life of a man found dead under a bridge. A bank raid that interrupts Gently's Christmas Eve brings him face-to-face with skinheads. Guests include END_OF_DOCUMENT_TOKEN_TO_BE_REPLACED
Add to Wish List

Disc 1
Episode 1: Gently with the Women
To Coles's disgust, Bacchus and his male colleagues are dismissive of a prostitute's claims that she was raped, and they urge her to drop the charges. But Gently sees a pattern in the high number