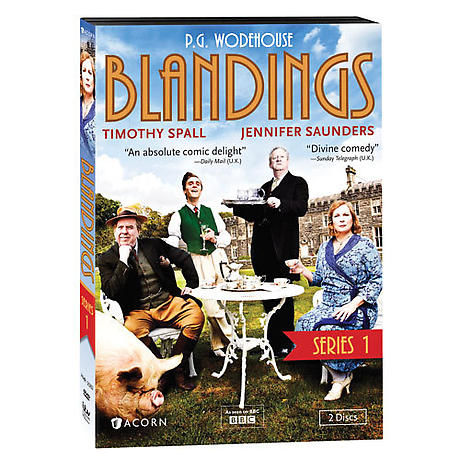 Lord Clarence Emsworth (Timothy Spall, The King's Speech) longs to be left in peace with his beloved pig, Empress. But he's hounded at every turn by his imperious sister, his dim-witted son, and a blizzard of nieces with unsuitable boyfriends. Based on the "Blandings Castle" stories by P.G. Wodehouse, this delightful, farcical, thoroughly British series also stars Jennifer Saunders (AbFab) as Lady Connie. 6 episodes, 3 hrs, 2 DVDs, SDH.