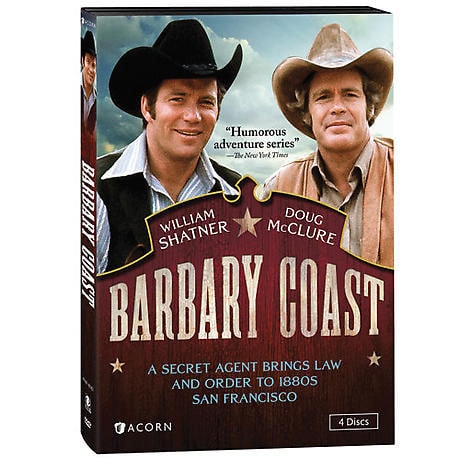 After Star Trek the series was cancelled and before Star Trek: The Motion Picture put him back in the captain's chair, William Shatner spent a season as Jeff Cable, an undercover government agent patrolling the wild streets of 1880s San Francisco. Filled with casinos and saloons, the post-Gold Rush city runs on corruption, greed, and violence. Cable teams up with Cash Conover (Doug McClure, The Virginian) to crack down on criminals. This playful take on traditional Westerns was an Emmy® nominee. 13 episodes, 12 3/4 hrs, 4 DVDs, SDH.