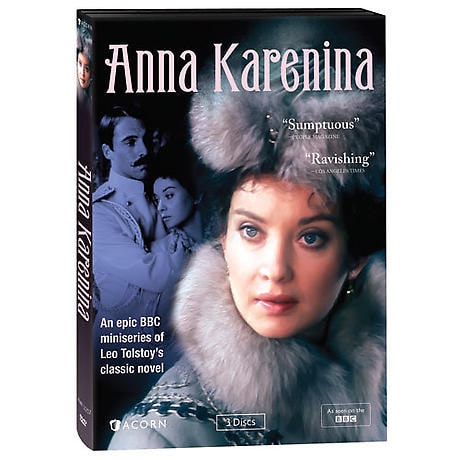 Nicola Pagett (Upstairs, Downstairs) is Tolstoy's doomed heroine in this superb 1977 BBC adaptation of the epic novel. Taking its time, the Emmy®-nominated miniseries covers not only Anna and Vronsky's romance but also Levin and Kitty's. Many fans consider this the best of all filmed versions, truest to the book; the costumes are splendid. Filmed in Budapest, the Hungarian countryside, and England (Soviet Russia under Brezhnev wasn't available). With Stuart Wilson as Vronsky and Eric Porter as Karenin. 10 episodes, 10 hrs, 3 DVDs, SDH.