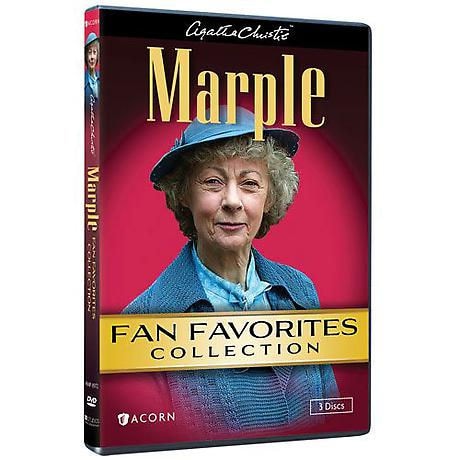 We asked thousands of fans, "What's your favorite Marple episode?" This set collects the top 5: The Murder at the Vicarage, A Murder Is Announced, At Bertram's Hotel, A Pocket Full of Rye, and The Mirror Crack'd from Side to Side. Agatha Christie's spinster sleuth is played by Geraldine McEwan and Julia McKenzie. Guests include Derek Jacobi, Peter Davison, Matthew Macfadyen, Rupert Graves, Hugh Bonneville, and Joanna Lumley. 5 episodes, 7 3/4 hrs, 3 DVDs, SDH.