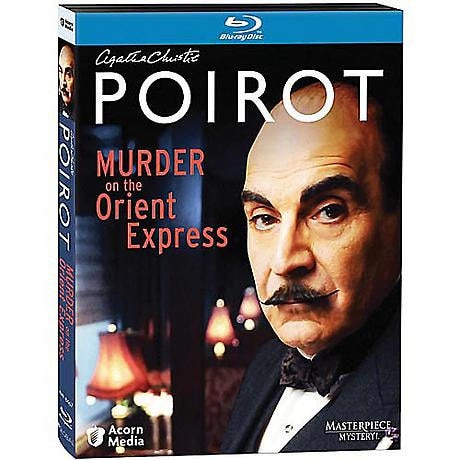 Traveling from Istanbul to London on the Orient Express, Poirot (David Suchet) must solve the murder of a ruthless businessman. His little grey cells are tested to the limit when the train is trapped by a blizzard in the Serbian mountains. This luscious new adaptation of Dame Christie's novel was seen on Masterpiece Mystery! in 2010. With Hugh Bonneville, Eileen Atkins, and Barbara Hershey. Includes David Suchet on the Orient Express bonus feature. 89 min. on 1 Blu-ray disc. SDH subtitles. Available on Blu-ray only. Poirot Movie Collection Set 5 includes this film in standard definition.