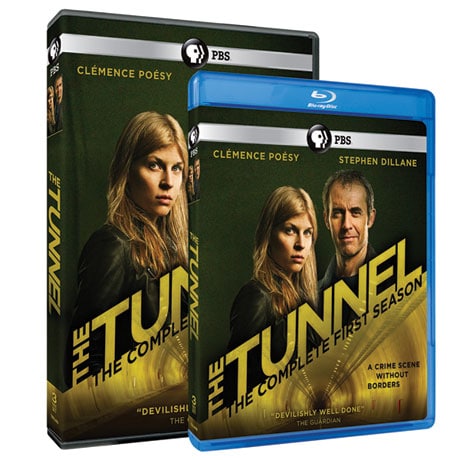 This is the series that is taking the UK and France by storm. A dead body is found lying precisely at the midpoint of the Channel tunnel. Two mismatched detectives are sent to investigate on behalf of their respective countries. Karl, a jokey, flirty, blokey Brit played by Stephen Dillane; and French oddball Elise, brilliantly portrayed by Clémence Poésy. The two must work together to catch a serial killer who is on a quest to highlight the moral bankruptcy of modern society. 10 episodes. 450 minutes on 3 discs. Specify DVD or Blu-ray.