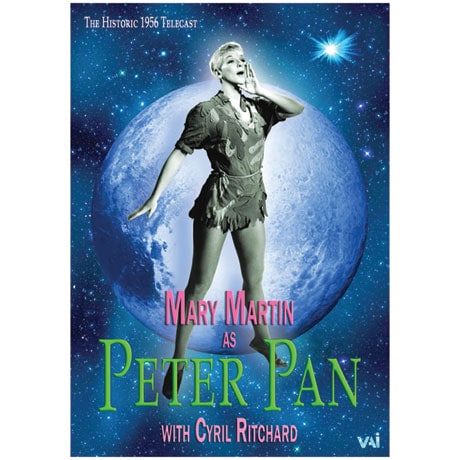 Never had so large an audience seen a Broadway show. 65 million people, one out of every three Americans, sat with their families to watch Mary Martin's definitive performance of the beloved Broadway musical, Peter Pan. It was one of the first milestones in television history, and a collective experience for our parents, grandparents and great grandparents. The 1956 television restaging came 10 months after the original success, to capitalize on the phenomenon. (The Blu-ray disc contains both performances.) Beautifully restored from the original kinescopes, never before released for home viewing, directed by Jerome Robbins, it is a must for your dvd library. Black & White. DVD runs 105 minutes. Blu-ray with extras runs 235 minutes. Please specify DVD or Blu-ray.