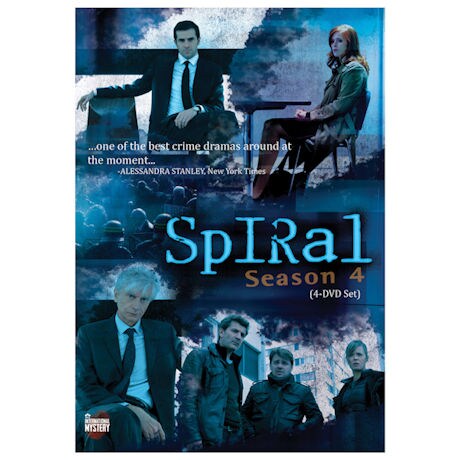 Originally released in France as Engrenages, the hard hitting Parisian cop thriller Spiral became a blockbuster sensation across all of Europe and Australia. Season 4 begins with an investigation by Captain Laure Berthaud into the accidental bombing death of a young left-wing extremist who was active with a group that offered support to illegal immigrants. Former public prosecutor Pierre Clement agrees to represent the organized crime boss Johnny Jorkal, while Judge Roban discovers that one of his magistrate colleagues has charged a man who had been previously acquitted of charges of serial rape. 10 hrs, 4 DVDs. Mature content. French with English subtitles. Item can only be shipped within the Continental US.