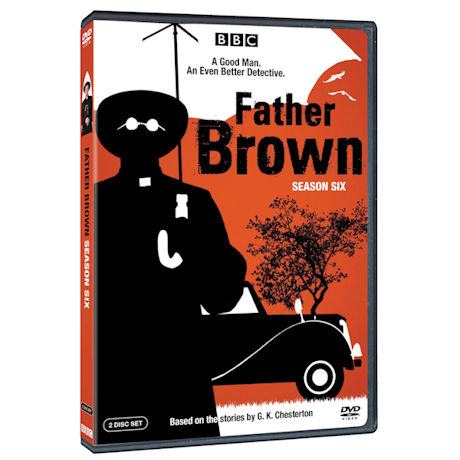 Inspired by the stories of G.K. Chesterton, set in the 1950s, and filmed in a picture-perfect village in the Cotswolds, this hit BBC series stars Mark Williams (Harry Potter, Doctor Who) as a slightly crumpled Catholic priest with a playful wit and a gift for solving crimes. Season Six kicks off with a fan-favoite Christmas episode, in which Father Brown and friends investigate new revalations on an old case — all while preparing to star in the annual Christmas play. 10 episodes, 7 ½ hours, 2 DVDs, SDH.