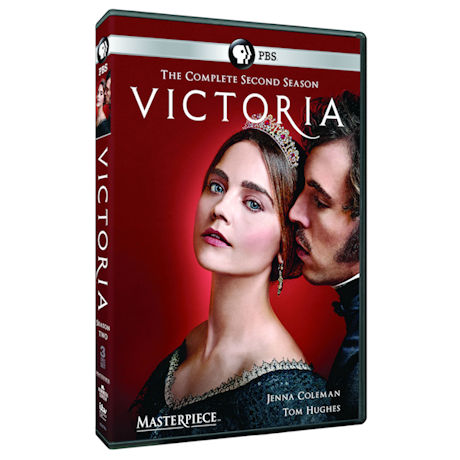 The dazzling series that gives Queen Victoria a whole new image returns for a second season. Jenna Coleman (Doctor Who) is the feisty rookie monarch, asserting her rule over the most powerful nation on the planet, and Tom Hughes (Dancing on the Edge) is her smoldering consort Prince Albert. Dame Diana Rigg (Game of Thrones) joins the acting ensemble and Nell Hudson (Outlander) is back as the queen's personal dresser, Mrs. Skerrett--along with a palace full of schemers and luminaries. The drama all takes place against the backdrop of the early years of the Industrial Revolution, when society was changing as fast as the queen's growing family. 480 minutes.

We regret we cannot ship Victoria Season 2 to Canada.