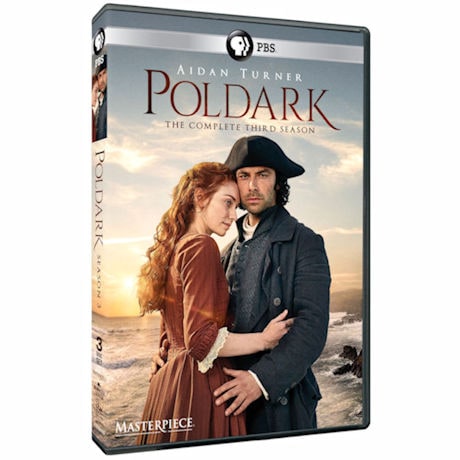 Ross Poldark rides again in the smash hit British series based on William Graham's sweeping 18th-century novels. Aidan Turner and Eleanor Tomlinson return as Ross and Demelza in a season that sees the birth of George Warleggan's son with Elizabeth and more new characters including Demelza's long-lost brothers Sam and Drake. As war and the revolution in France hang over Britain, Warleggan grows his empire with a view to crush the Poldarks, and Ross and Demelza attempt to repair their relationship. 9 episodes, about 9 ½ hrs, 3 DVDs or Blu-ray discs, SDH.

We regret we cannot ship Poldark Season 3 to Canada.