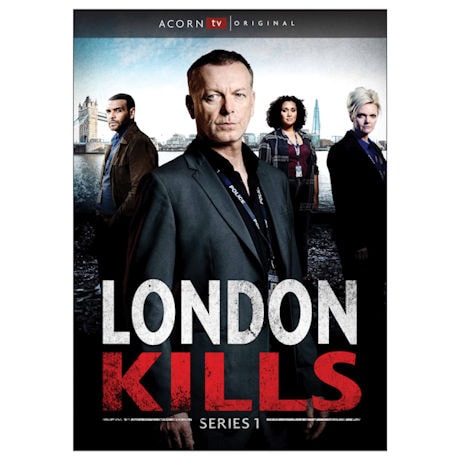 Exclusive! DI David Bradford (Hugo Speer, Father Brown) returns to work after taking a leave of absence following his wife's disappearance. Ambitious DS Vivienne Cole (Sharon Small, Inspector Lynley Mysteries) has been running the murder team in the interim, and is frustrated by his approach to their investigations. With the world's most recognizable city as its backdrop, each episode features a different murder following the detectives as they uncover the truth behind the disappearance of Bradford's wife. 5 episodes, 5 hrs, 2 DVDs or Blu-ray discs, SDH. Item can only be shipped within the Continental US.