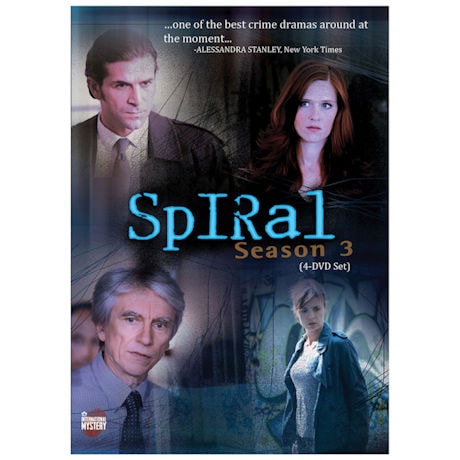 Originally released in France as Engrenages, the hard hitting Parisian cop thriller Spiral became a blockbuster sensation across all of Europe and Australia. At the beginning of the third season the body of a young woman is found on an abandoned railway track. Police Captain Laure Berthaud sees the case as an opportunity to restore a tarnished reputation and leads her squad on the hunt for what she believes to be a deranged serial killer. 6 ½ hrs, 4 DVDs. Mature content.French with English subtitles. Item can only be shipped within the Continental US.