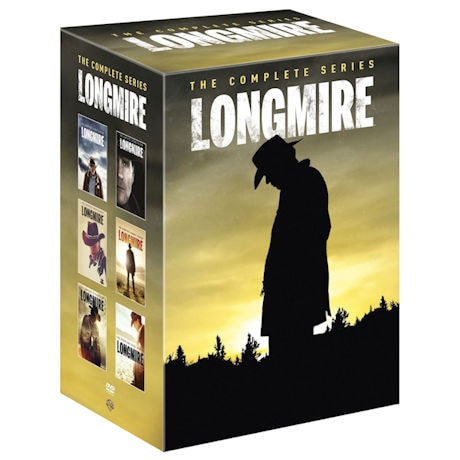 Based on the Walt Longmire Mysteries novels by Craig Johnson. Walt Longmire is the type of cowboy your father told you about growing up. He's loyal, dedicated, charismatic, unflappable and set in his ways The show follows the life of Sheriff Walt Longmire and his longtime friend Henry Standing Bear. Walt is challenged by a string of major crimes as well as the many issues surrounding the Indian reservation and its police force. Six Complete Seasons, 15 DVDs. Item can only be shipped within the Continental US.