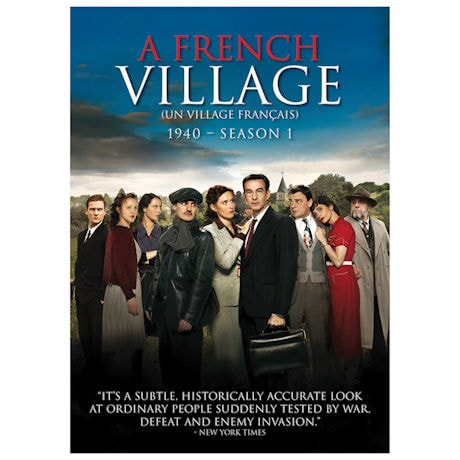 See similar items below that are available now!

The blockbuster French drama, A French Village (Un Village Francais), starring Audrey Fleurot and Thierry Godard (Spiral) chronicles the impact of World War II on a small village in central France. Ordinary citizens become patriots, traitors, Nazi employees or activists; the slightest mistake can have fatal consequences. Each season in this blockbuster French drama covers a single year, starting with the Germans' arrival in June 1940, continuing through the liberation and aftermath. 4 DVDs, 10 hrs. In French with English subtitles.