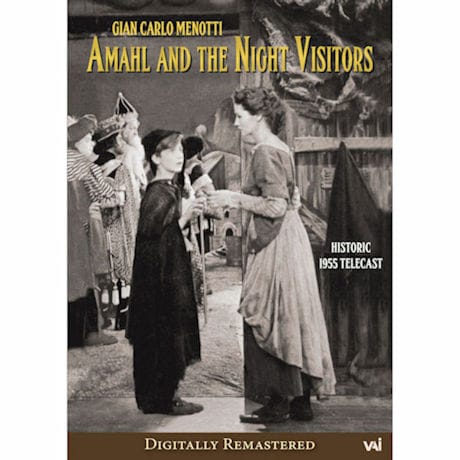 Throughout the 1950s, the annual live telecasts of Gian Carlo Menotti's opera were a cherished holiday tradition in homes across America. Tailored for children, Amahl is a heartwarming tale of a little shepherd, a gift, the Three Kings, and a miraculous cure. This is the version beloved by millions: originally telecast on Christmas Day, 1955, staged by the composer, starring Bill McIver as Amahl and Rosemary Kuhlmann as Mother. 75 min, 1 DVD or Blu-ray disc, B&W.