Agatha Christie's The Witness For the Prosecution DVD & Blu-ray 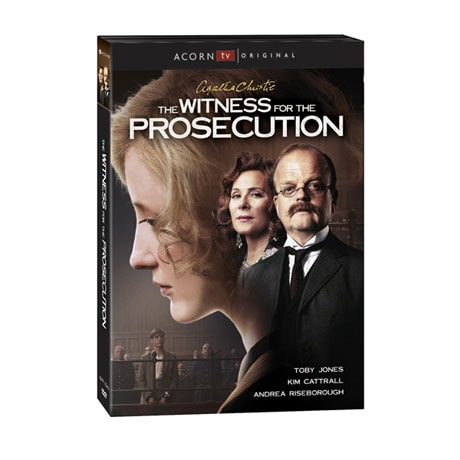 Agatha Christie's The Witness For the Prosecution DVD & Blu-ray

When rich, glamorous Emily French (Kim Cattrall, Sex and the City) is brutally murdered in her home, all evidence points to French's young lover, Leonard Vole, to whom she left her fortune. Solicitor John Mayhew (Toby Jones, Detectorists) defends Leonard, but the case may prove to be his undoing. Set in 1920s London, based on Christie's hit 1950s play, this British drama shows that "Christie still has the power to give us goosebumps" (Metro News, UK). 2 episodes, 2 hrs, DVD or Blu-ray, SDH.