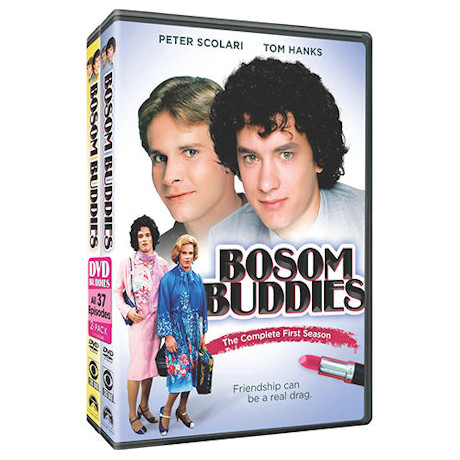 This silly 1980s ABC sitcom was Tom Hanks’ first break, and it’s still close to his heart. Hanks was just 21 when he and Peter Scolari starred as young New York ad men who move into a hotel for women after their apartment building is condemned. To fit in, they dress in drag. Hanks is Kip Wilson/Buffy, Scolari is Henry Desmond/Hildegard in an endearing comedy classic. With Donna Dixon, Holland Taylor, Telma Hopkins, and Wendie Jo Sperber. 37 episodes, 15 ½ hrs, 6 DVDs, CC.