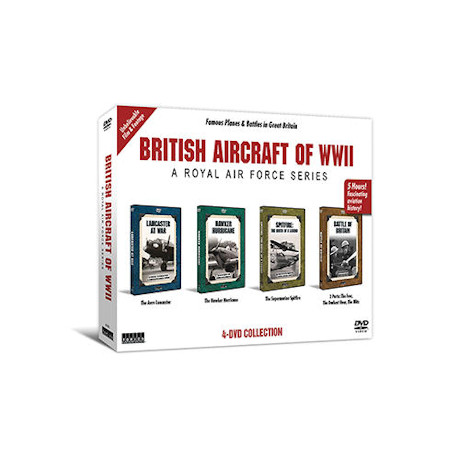 Three films profile the RAF’s most celebrated WWII aircraft: the Avro Lancaster, a heavy bomber that carried the offensive to the Nazi heartland; the 1942 Mark XII Hawker Hurricane, a versatile 8-gun monoplane fighter; and the Supermarine Spitfire, conceived from a radical design. A fourth film, Battle of Britain, spotlights the most important event in the RAF’s history. 5 hrs, 4 DVDs.