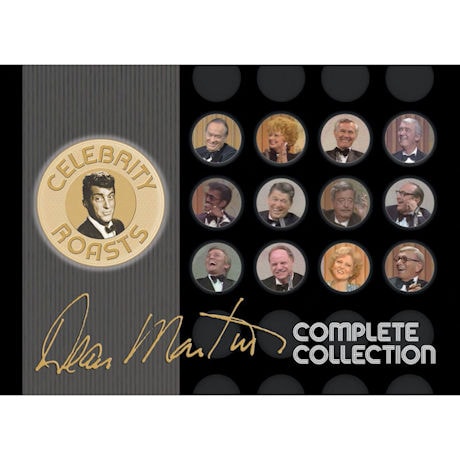 From 1974-84, Dean Martin made being roasted one of the greatest honors in television. One by one, the Man of the Hour (or Woman of the Hour) was affectionately chided, insulted, and pelted with put-downs, slams and zingers. Bob Hope, Ronald Reagan (then Governor of California), Johnny Carson, Muhammad Ali, Lucille Ball, Jimmy Stewart, and even Truman Capote were hilariously skewered. Deluxe set features all 54 roasts plus 15 hrs of bonus material and a 44-page booklet. Over 65 hrs, 24 DVDs, collector's box.