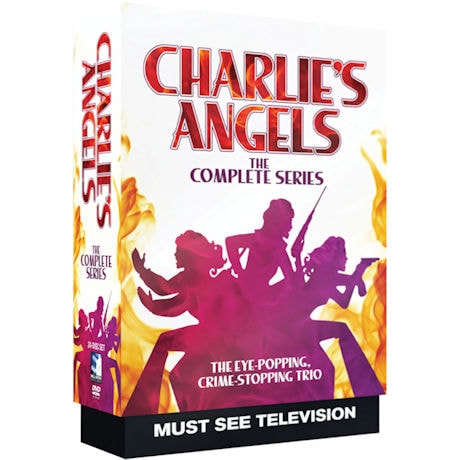 Once upon a time, there were three little girls who went to the police academy. Slotted into menial jobs, hired away by mysterious millionaire Charles Townsend for his own private investigation agency, Jill Munroe (Farrah Fawcett), Sabrina Duncan (Kate Jackson), and Kelly Garrett (Jaclyn Smith) became the eye-popping, crimestopping trio known as Charlie's Angels. Issued for the 40th anniversary of the show's premiere on ABC, this series is as much fun as you remember. With Cheryl Ladd, Shelley Hack, and John Bosley. 110 episodes, over 92 hrs, 20 DVDs.