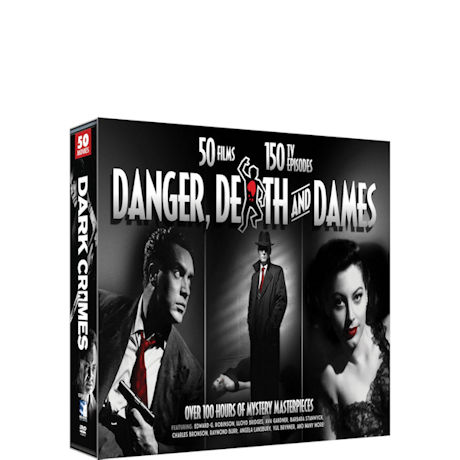 In the mood for noir? This crime fiction collection features 50 films and 150 TV episodes from the 1930s-60s, when detectives were detectives and dames were dames. The TV shows include Alfred Hitchcock Presents, Burke's Law, Dick Tracy, Dragnet, Mr. and Mrs. North, Richard Diamond: Private Detective, and more. Among the films are D.O.A., Fear in the Night, Gaslight, Inner Sanctum, and The Strange Love of Martha Ivers. Over 103 hrs, 24 DVDs, B&W.