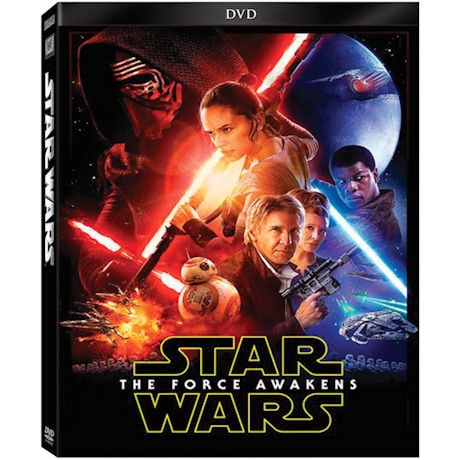 The question on the mind of every Star Wars fan was: Will J.J. Abrams' reboot be any good? Picking up years after The Return of the Jedi left off, The Force Awakens had the biggest opening weekend of all time. And yes, "it's good!" (New York Times). Return to a galaxy far, far away, where Princess Leia is now a resistance general, Han Solo is up to his old tricks, Luke Skywalker is missing, and three young heroes (Oscar Isaac, John Boyega, and Daisy Ridley) are about to save the day. 2 ¼ hrs, 3 discs.