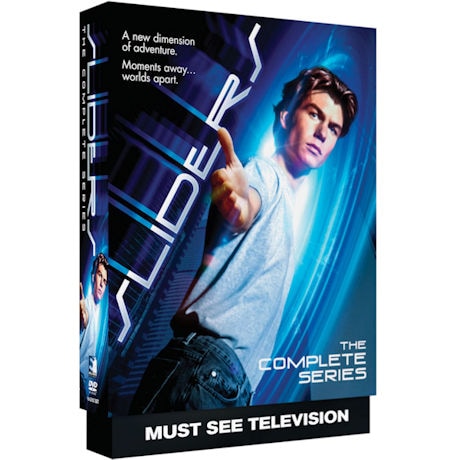 For five seasons (1995-2000), science fiction fans followed physics grad student Quinn Mallory (Jerry O'Connell) and his friends as they "slid" between Earths in parallel universes through a wormhole Mallory created. "Sliding" from one Earth to another, they encounter alternate versions of everything they once knew and loved as they try to make the one slide that will take them home. With Sabrina Lloyd, Cleavant Derricks, and John Rhys-Davies (Lord of the Rings) as Quinn's mentor, Professor Maximilian Arturo. 88 episodes, 65 ½ hrs, 15 DVDs.