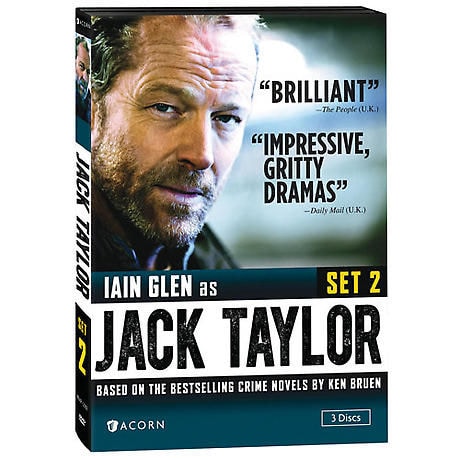 No Reviews Write the First Review
Item #: XA5972
Kicked off Ireland's police force for booze-related infractions, now working as a "finder" (private eye) in Galway, Jack Taylor takes on cases the cops won't touch. Based on the best-selling crime novels by Ken Bruen, this acclaimed Irish series stars Iain Glen (Game of Thrones, Downton Abbey) as Taylor: battered, disheveled, hard-boiled, and a softhearted defender of the lost and END_OF_DOCUMENT_TOKEN_TO_BE_REPLACED
Add to Wish List

Disc 1
The Dramatist
When a drama student falls to her death, the police dismiss it as a suicide and her as a drug user. But her literature professor disagrees and hires Taylor to look deeper into the case. The murder of a second fema