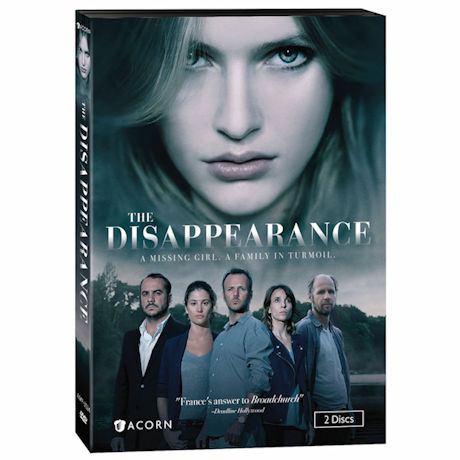 The Morels are a typical family living in Lyon, France. But when their 17-year-old daughter, Léa (Camille Razat), fails to return home after a night out celebrating her birthday, the Morels are unexpectedly thrown into their worst nightmare. Mother Florence (The Returned’s Alix Poisson) tries to remain strong for her other children and hopeful that her daughter will return home safely, while father Julien (Pierre- François Martin-Laval) begins an investigation of his own.

As the police–led by Commander Bertrand Molina (François-Xavier Demaison) and his lieutenant, Camille Guerin (Alice Pol)–desperately search to find the missing teen, shocking truths begin to come to light, revealing secrets hidden by Léa and those closest to her. 417 min. on 2 DVDs, French with English subtitles, SDH.